In late August, Doug Arnold, a local poet who hosted our show Poets' Pause on BCTV before it was in the hands of Berks Bards to manage—passed away at the age of 73. Here is his obituary. 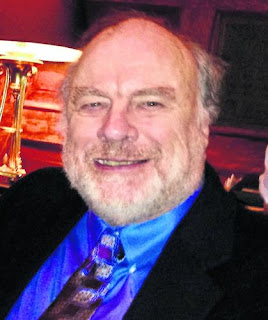 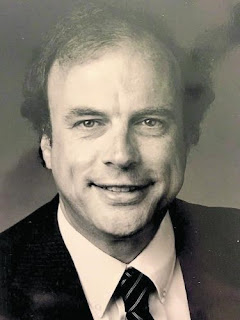 Marilyn Klimcho, as a part of our team of volunteers for Berks Bards for decades, took the proverbial baton of hosting Poets' Pause on bctv.org from Doug a few years ago; she puts an incredible amount of time into scheduling local and regional poets in Pennsylvania as well as some from out of state, reading their books, and preparing for interviews with them. Seeing the work she does has taught us a lot about the television-specific dedication and investment Doug handled on behalf of the community, and for poetry, before her.
As a tribute to Doug, we wanted to share a poem by him, and this one, we feel, is ultimately a phenomenal example of how language has the unique ability to keep flowing onward and to help others by way of a certain writer's mind and heart through inspiration, relating, chipping away at the often complex art of healing in our hard world, and needed understanding. When we save and also share a poet's words, both the poet and the poem continue to teach us. We are honored to bring you this poem by Doug, now, and encourage you to pass it onward, if its impact stirs you enough to want it to keep floating along in our world.
The Travels
of Dangerous Thoughts
By Doug Arnold

Most thoughts pass casually through,
zephyrs, barely ruffling our meadows,
without enough presence to seize or shape
any finite space. Don't call them back;
they're all part of what was never meant to be.

However, once in a while, a solemn figure strides
from the tall grass, and at first glance we believe
it to be just another discredited unicorn. But,
the prudent eye sees that it is a substantive thought,
a real one with the symmetry of two horns,
and enough gravitas to anchor its hooves. Why else
except that it knew that time was in heat,
would it have now emerged? Eventually it'll be driven
into the herd where even this thought
will also be milked and then slaughtered,
Yet, unlike the others, it is not barren, so
its offspring bears watching.