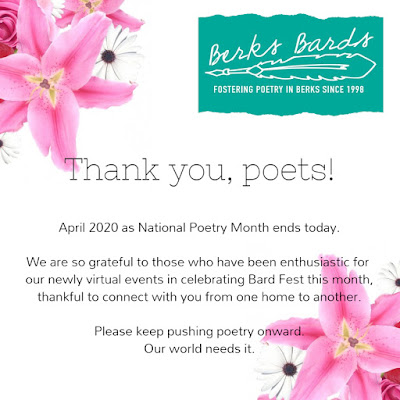 Posted by Berks Bards at 9:11 AM No comments: 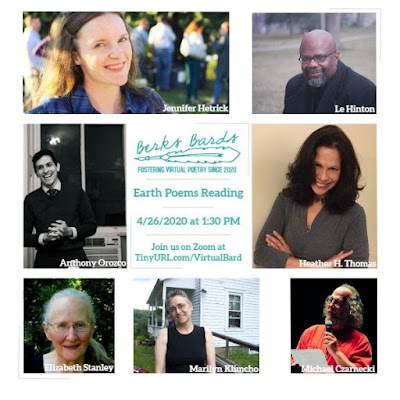 We'll be uploading the video of this seven-poet reading
to our  YouTube channel; keep an eye out for it!
Posted by Berks Bards at 9:04 AM No comments:

from the poet—on friday nights at 8 pm, i'll be reading live on facebook via my teodoro maxwell page. since the quarantine, i've created a tradition that grew from our other friday night tradition in my kitchen/cocina. since 1993, we've been jamming in my cocina, starting with flamenco, and in the last few years, it's featured gypsy jazz and a few older jazz pieces, along with the flamenco.

in that interim, i've been in 4 groups, playing percussion. i've gone back to guitar, not ready yet to play in public. as we have not been able to be together in-person, we've had zoom gatherings on fridays, including most of the usual suspects.

along with that change, i've also been giving mini-readings of my work, usually 3 poems recorded in the cocina. i've uploaded those mini-readings to youtube for those who can’t watch live, in the moment, on facebook—videos will be uploaded to youtube later each friday evening.


rick kearns (AKA kearns-morales) is a poet of puerto rican and european heritage from harrisburg, pennsylvania. his latest full collection was rufino's secret, 2012. other books include street of knives, the dead go swimming, and five other collections. his poems have appeared in over 70 literary journals and 6 national anthologies, including the massachusetts review, painted bride quarterly, and chicago review. some of his work has appeared in european and latin american journals as well. he was named poet laureate of harrisburg, pennsylvania, in 2014. 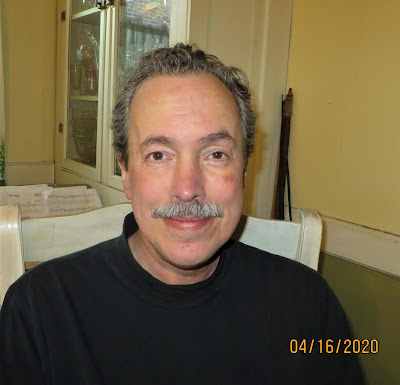 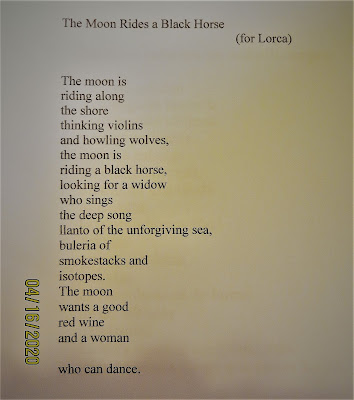 April is National Poetry Month, and this year, we're continuing the tradition of celebrating Bard Fest - in a new and modern way to support the efforts to diminish the spread of COVID-19. 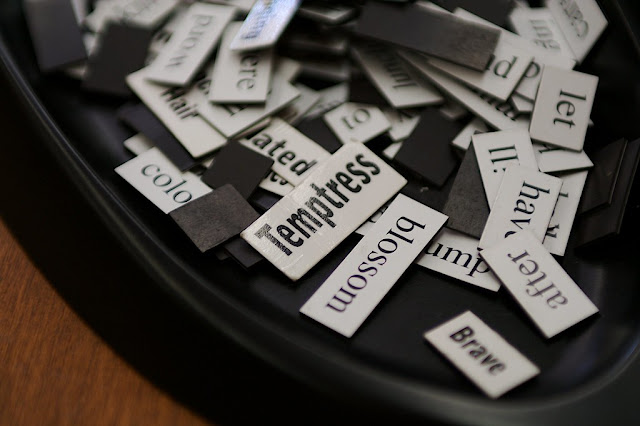 Remember, poetry comes in many different shapes and forms!
Submit written word, a video, a picture, a painting, or all of the above!

Ideas:
Create a poem with magnetic words on your refrigerator.
Write an Ekphrastic poem to artwork around your home or in your neighborhood.
Record a video of a playful squirrel and caption the video with a short poem.

Ways You Can Submit:
via email BerksBards@gmail.com
via Facebook
via Instagram
Posted by Berks Bards at 5:04 PM No comments: